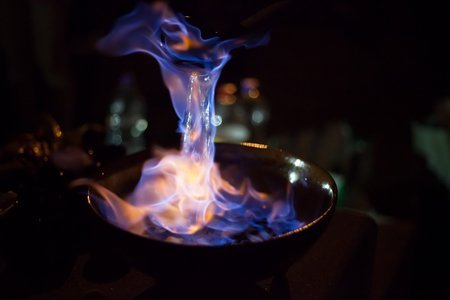 If you are walking the Camino to Santiago right now, you’ll have the opportunity to witness some of the famous Celtic traditions that are carried out around the celebration of the most important feast of the ancient Celts: Samaín (Halloween). If you are lucky you’ll even witness the ritual of La Queimada, which is the perfect treat to experience Halloween in Galicia!

Samhein means ‘end of the summer’ and it marks the beginning of the New Celtic Year, the end of the bright period and the beginning of the dark period. In Celtic mythology it was the Feast of the Dead, in which the dead were believed to be able to walk among the living. Families were, for a brief moment, reunited with their deceased loved ones. To keep the spirits happy and to keep out the evil spirits, people would leave food (treats) outside.

In the time of the Romans, both cultures started to influence each other. This is when festivals were added to the celebrations. Festivals in honor of the Roman harvest Goddess, Pomona.

Later on, Christianity got rid of all these pagan traditions, as we know not in a very kind and peaceful way, and converted the Day of the Dead into All Saints Day.

The pumpkin tradition was brought by the Irish to the USA in the 19th en beginning of 20th century. The pumpkins are also a part of Halloween in Galicia.

Galicia still breaths Celtic air and magic but you will find a mixture of Celtic traditions, the more modern Halloween adaptation, and –of course- the very present Catholic tradition of honoring the deceased loved ones by visiting their graves. It is a National Holiday, so beware if you are traveling on November 1st: public organizations will be definitely closed (double check also any public transport schedules).

One of the most popular Celtic rituals in Galicia on Samhein is La Queimada. I really hope you will be lucky enough to witness and participate in one!

A special brewing is made from certain ingredients and during that process, an incantation (Conxuro)  is chanted. I’ve added the English translation below to the original Galician text. You will see, the incantation and therefore this ritual, is to invite the loved ones (both the present living as well as the deceased ones) and to keep the evil spirits out.

The elements Earth, Water and Fire are very important in Celtic traditions. In the ritual of ‘La Queimada’ the Earth element is represented by the terracotta bowl that is used to mix the ingredients. Water is represented by the “Orujo”, the very strong liquor (moonshine), the main ingredient. Fire is literally present as you will see.

These are the ingredients of La Queimada: (put them all in the terracotta bowl and mix well)

Now, safety first, don’t go throwing in a match or something crazy like that!
To light the mixture in a safe way, take a ladle (big spoon with long tail to serve soup). Make sure you have a glove or something on so you don’t burn your hand. Put a little sugar and liquor in the ladle and light the liquor. Wait until the small amount of mixture is heated well and slowly but surely draw it closer to the big bowl until the fire ‘jumps’ over to the big bowl.
Start steering until all sugar in the bowl has been consumed by the fire. You will notice that the flames will become far smaller as the alcohol is evaporated. Once the flames become small you can stop steering and let the fire go out (by itself if you want 0% alcohol or blow it out if you want more ‘fun’).

Once you start steering be careful the fluid does not run back towards your hand – it might catch fire while doing so. Wear protective oven gloves just in case.

When you start steering, you start the incantation (preferable in a dramatic, dark, theatrical voice to add to the ambiance):

Safety: don’t let the audience get too close to the fire. Don’t let children participate in the Ritual unattended. If you don’t know how the alcohol will affect you, make sure all alcohol is evaporated before consuming the (very delicious) Queimada.

Enjoy and have fun tonight! I wish you a Happy Halloween in Galicia!

The Incantation of The Queimada

spirits of the misty vales.

charms of the folk women healers.

home of worms and vermin.

Wisps of the Holy Company,

scent of the dead, thunder and lightning.

Howl of the dog, omen of death,

maws of the satyr and foot of the rabbit.

Sinful tongue of the bad woman

married to an old man.

fire of the burning corpses,

mutilated bodies of the indecent ones,

farts of the asses of doom,

bellow of the enraged sea.

Useless belly of the unmarried woman,

speech of the cats in heat,

With this bellow I will elevate

the flames of this fire

and witches will flee,

going to bathe in the beach

of the thick sands.

of those that cannot

stop burning in the firewater,

And when this beverage

goes down our throats,

we will be freed of the evil

of our soul and of any charm.

I call upon you:

if it’s true that you have more power

here and now, make the spirits

of the friends who are outside,

take part with us in this Queimada.

PrevPrevious PostWitches of Galicia: I don’t believe, but they do exist…
Next PostCamino Packing List Categories – General GearNext 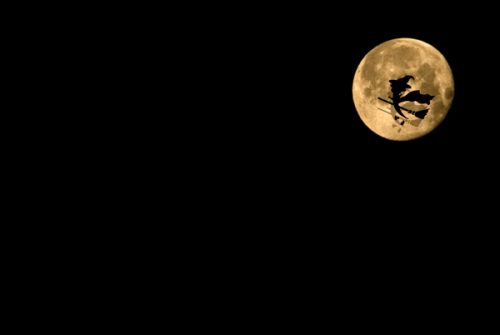 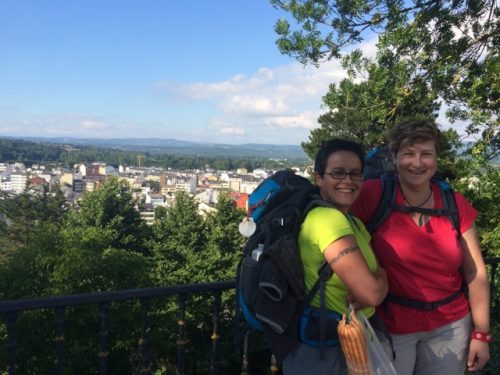 Welcome to Camino Comfort! We at Camino Comfort are currently working on creating a pilgrim oasis to make Your Camino, as comfortable as possible, all The